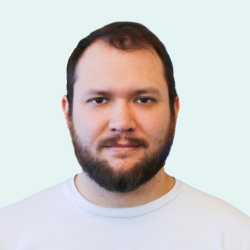 Proof of work vs proof of stake

Proof of work and proof of stake are the two most popular transaction validation methods on blockchains. Both have compelling arguments as to why they are more efficient, cheaper, more scalable or more secure, so let’s tackle what makes each different and why it matters.

If we were to oversimplify what each is, it would be that each is a method of mining cryptocurrency, however if we look at it in a slightly more technical light, we would say that they are consensus mechanisms that remove the need to trust the information on a blockchain.

Consensus mechanisms solve the need to trust information by making the information verifiable, creating a trustless system - a system that does not require trust because all of the information can be verified.

Proof of Work and Proof of Stake are two greatly different approaches, and both require us to think about a few other concepts before deciding which option, and by extension which blockchains we prefer for our individual needs or principles.

The biggest, most common and also often the minimum requirement for a blockchain is either a trustless system, or the pursuit of creating a trustless system, where there is a guarantee of truth as opposed to requiring that we trust a third party like a bank, or payments processor like VISA.

To make this happen, the blockchain needs to be built and designed so that it’s not possible, or at minimum excessively cost-intensive to be able to attempt to double-spend money.

For that reason, Proof of Work is sometimes referred to as the Nakamoto Consensus, derived from Satoshi Nakamoto, Bitcoin’s mysterious creator/s.

Consensus (the network’s agreement that all of the data in the blockchain is correct) in Proof of Work is determined by the longest consensual chain (the longest chain that exists that the majority of the network (51%) has agreed on).

Let’s stop here for a second and revisit this:

Imagine Dave and Sally are the student heads of their class, and they have been given the task of counting how many people buy tickets at the door of a school event.

They decide that they’ll each tie a knot on a string, and at the end of the evening, they’ll count the knots and compare numbers.

Dave isn’t great with keeping track of things, and at the end of the night, Sally has 110 knots, and Dave has 105.

If we consider each of our friends as miners on the Bitcoin network, and the difference in their count as blockchains of different lengths, (which would mean that they would also have different transaction histories) then we would consider Sally’s chain as the source of truth because the majority of the miners agree. At this point, Dave and his friend could decide to agree with the majority and update their blockchain history by copying Sallys, or they could continue to disagree, which would result in a hard fork.

Secure blockchains are designed to be expensive.

Blockchains like Bitcoin are made to be expensive to change and for good reason, it’s a) to make it impossibly expensive to change the transaction history or rules of the blockchain (which would let people double-spend their money) and b) it is difficult and time-consuming to add blocks to a blockchain, which adds additional security.

Let’s get back to our friends:

Much like a bad actor would need to increase the amount of mining power they have in order to rewrite the blockchain’s history, Dave needs to increase his clout, so he hires four new people to agree with him. Now, the new ratio is 60% to 40% in favor of Dave.

The new crew now needs to spend time on the long process of untying the knots (rewriting the transaction history) BUT Dave also needs to make sure that he maintains a 51% majority, so if Sally increases her team’s size, Dave will have to do the same in order to maintain his control. The same can be said for a blockchain if it’s under attack, making an attack increasingly more expensive as time passes.

To contextualize this, it would cost around $519,000.00 per hour to attack Bitcoin, and to change a single transaction history could take weeks, and as soon as an attack started, the honest miners are likely to enlist additional mining power to protect the network, which would rapidly increase the cost for the attackers within hours of an attack starting.

When we consider past transactions, we want to know that the history of all transactions are true, because if it was easily changeable, you would be able to go back, alter the history, and re-spend money infinitely, which would make the money you’re spending worthless.

When we consider future transactions, we want to know that the money we receive is good, and that the transaction is real. To solve this, blockchains like Bitcoin use Proof of work - a time-consuming calculation that miners need to complete in order to validate (mine) a block of new transactions. Every miner is rushing to try to be the first one to solve the calculation because the first miner to solve the problem is awarded newly minted cryptocurrency (currently the Bitcoin network awards 6.25 bitcoins) as well as all the fees that the senders of each transaction within the block paid. You can think of validating a block like processing a batch of new transactions.

We want this to be time consuming and expensive because we don’t want the person sending us money and a miner to collude and confirm a fake or invalid transaction.

The calculation a miner needs to do requires multiple repeated attempts (work) at solving the problem before it is successfully solved.

Satoshi Nakomoto explained in the Bitcoin whitepaper that “the longest chain not only serves as proof of the sequence of events witnessed, but proof that it came from the largest pool of CPU power.”

Based on these simple principles, proof of work requires significant amounts of computing power and energy to maintain and secure it.

Within this network model, nodes must commit a stake by allocating and locking their funds in the form of the networks ‘ native token, so in the case of the future upgrade of Ethereum, they will adopt proof of stake to achieve consensus, and nodes who would like to participate in the network, will have to stake Ether to do so, and if a node is found to be acting dishonestly within a network, the node risks losing the money it staked.

Back to Sally and Dave:

Let’s redo their scenario with the proof of stake model. Again, they are in charge of counting the number of visitors, but in this scenario, before the event, each of them places $500 into the schools safe that is programmed to open or permanently lock in different circumstances.

With this model, Dave and Sally are staking their money on their answer, because if Dave and his buddy try to change the history of their friends’ strings, or try to sneak friends in (validate invalid transactions), they stand to lose the money locked in the school safe.

In theory, proof of stake networks function as sort of a vested interest in the success in the network because for the entire time that a node wishes to validate blocks and earn fees for doing so, they will have to keep their tokens locked up - making them unspendable, this strategy would also act as a deterrent to dishonest nodes by making the punishment for dishonest behavior costly, much like proof of work make attacks costly by making mining costly and time-consuming.

To further extend the consensus history and to make the process fair, an algorithm randomly selects which nodes become validators for each new block, unlike proof of work networks, which have all miners compete to solve a calculation first.

The Ethereum network is currently planning to move from proof of work to proof of stake, however it is an extremely complex process which in itself is a controversial topic among Ethereum criticizers and their developer’s ability to deliver Ethereum 2.0. Ethereums developers argue that they are confident in their abilities and that once successful, proof of stake will be more environmentally sustainable as it will move completely away from the colossal amount of power consumed by proof of work networks.

They also claim that the system is more resistant to monopolies and centralization of power within the network, as participation is decoupled from the control over hardware and resources however it is argued that the proof of stake model is no different than the current financial system, where wealthy institutions are the only institutions with the capital to stake and profit in a meaningful way.